The Firefighters Memorial is located opposite the south side of St. Paul’s Cathedral in London. The Cathedral is often symbolically portrayed as a famous and iconic building which stood in defiance of all of the fires burning and general destruction around it, caused by the air raids on London during World War 2.

The Memorial, depicting three wartime firefighters, cast in bronze, was originally called ‘Blitz’ and was dedicated to the men and women of the Fire Service in London who lost their lives as a result of their duties during this period of history. Her Majesty, the late Queen Elizabeth, The Queen Mother, unveiled this memorial on 4 May 1991.

In the year 2000 HM Government, responding to a growing feeling that a memorial to all members of the Fire Service was long overdue, invited the Trust to consider combining such a memorial with the existing ‘Blitz’ memorial.

In September 2003, our Patron Her Royal Highness, The Princess Royal rededicated the newly elevated and renamed ‘Firefighters Memorial’, in tribute to all members of the United Kingdom Fire and Rescue Service who have lost their lives as a result of their duties, dating back to the 1700s.

The Trust organises an Annual Service of Remembrance and Wreath Laying at the Memorial each September. 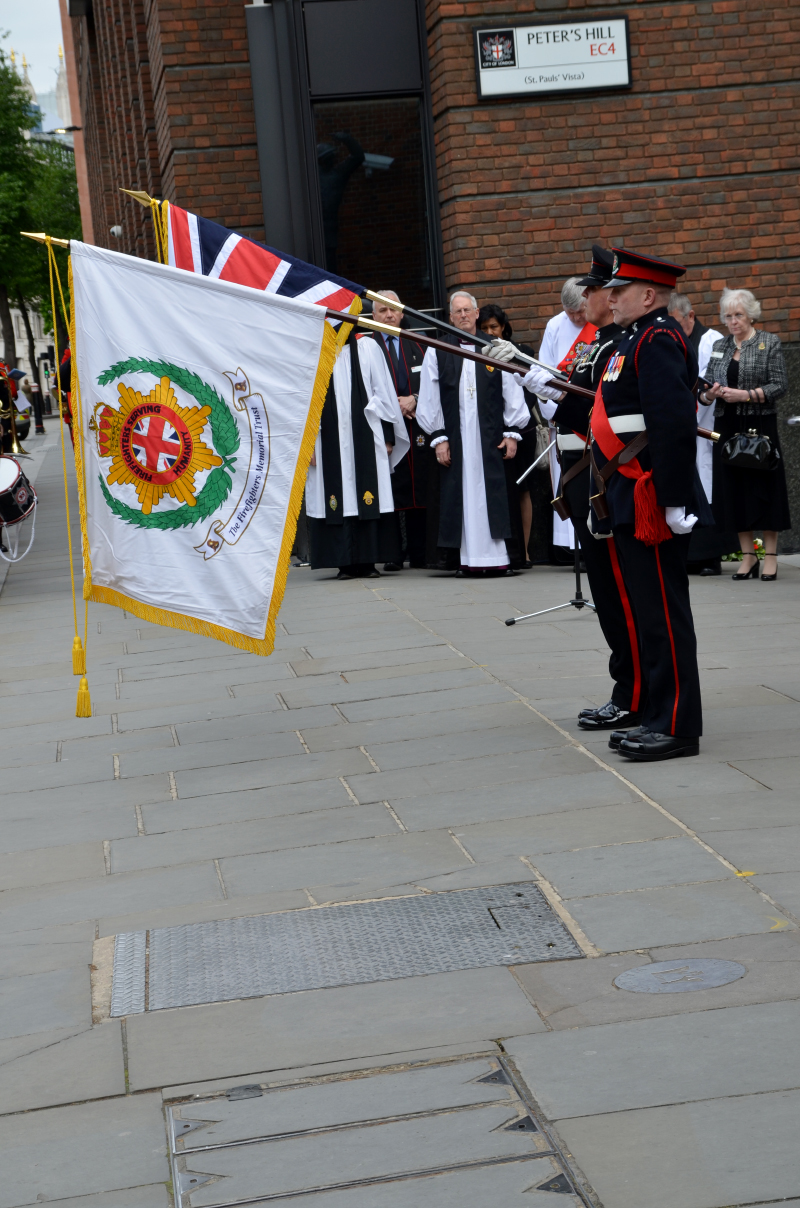